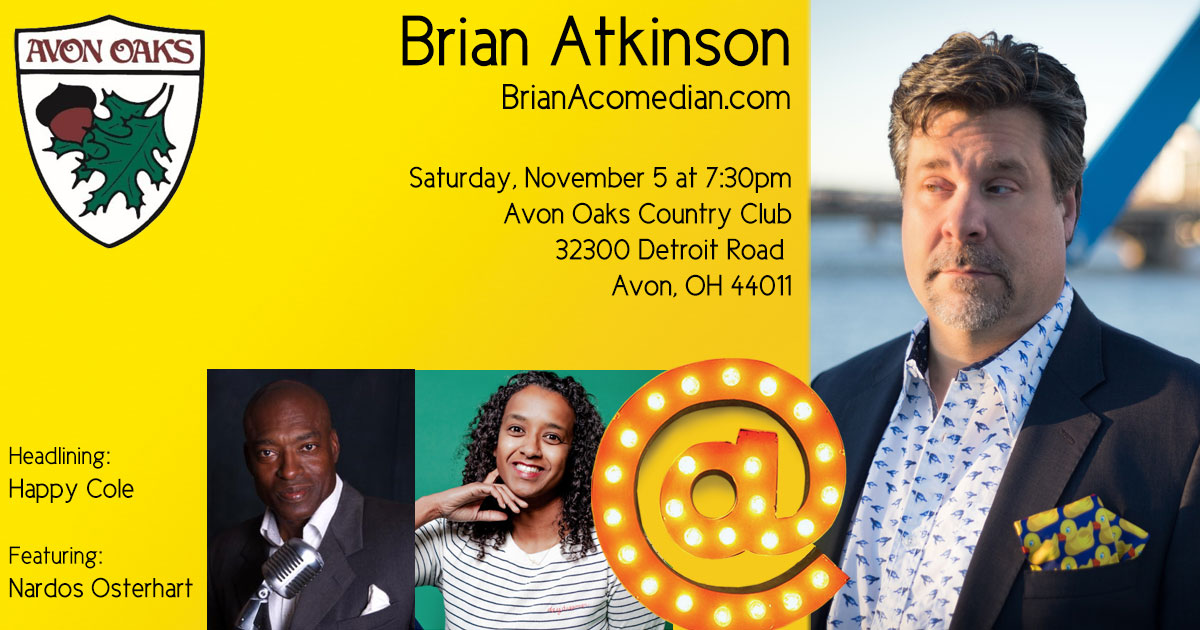 Brian Atkinson is a comedian, all-around nice guy, and a horrible person. His good guy persona often gives way to surprising twists that will keep you laughing. While his voice might be the first thing you notice, his confidence, and engaging storytelling will keep you coming back. Brian Atkinson makes jokes, but only the finest artisan, hand-crafted, farm-to-table-saw jokes.
Brian Atkinson

Happy Cole began his stand-up career in Tampa, Florida. His high energy delivery and fast-paced humor have long made him a favorite at comedy clubs, colleges, corporate events and on cruise ships. Happy Cole headlines over 300 live dates a year and has been featured in concert with acts ranging from Sinbad and Jim Carrey to The Temptations and Julio Iglesias. Happy has appeared at the HBO USCAF Comedy Festival 2000 and was nominated for the “Best Stand Up Award.”
Happy Cole

Nardos Osterhart has been doing standup since 2012. She won the Funniest Person in Grand Rapids contest in 2013, and competed in the San Francisco Comedy Competition in 2014. Nardos emcees at Dr. Grins comedy club in Grand Rapids, Michigan and has produced a successful one woman show called Halfrican. Her humor highlights the absurdities of life, insolent children, and bad parenting. Her influences include Dave Chappelle, Bill Burr, Maria Bamford, and Chris Rock.
Nardos Osterhart