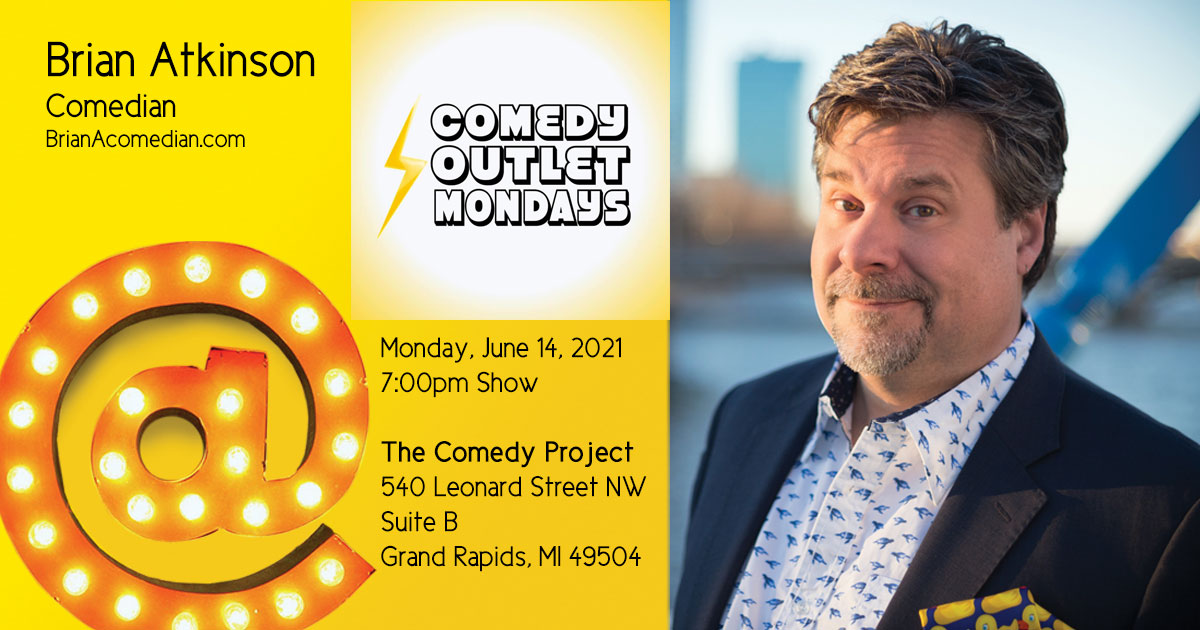 Brian Atkinson performs at Comedy Outlet Mondays at The Comedy Project. Comedy Outlet Mondays (COM) is a weekly variety show featuring improv, sketch, standup, and other experimental comedy acts, followed by a free improv jam. This staple for locals and visitors takes place at The Comedy Project on the Westside of Grand Rapids. Audiences can look forward to a stage full of talent, special events, and a free improv jam for all skill levels after the show.
Doors open at 6:30pm
Show begins at 7:00pm

Comedy Outlet – all of this for just $5!