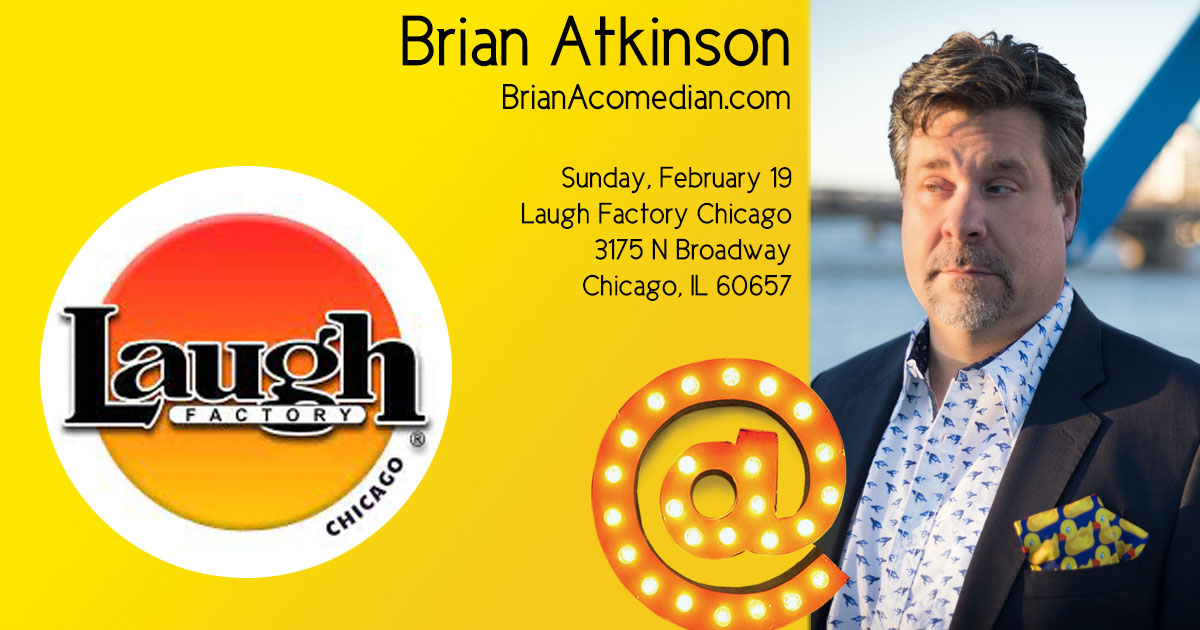 Brian Atkinson is a comedian, an all-around nice guy, and a horrible person. His good-guy persona gives way to surprising twists to keep you laughing. While his voice might be the first thing you notice, his confidence, and engaging storytelling will keep you coming back. Brian has provided voices for PBS Kids while also appearing in a Lifetime Movie Network movie, as a serial killer, in the same studio, on the same day. Brian Atkinson makes jokes, but only the finest artisan, hand-crafted, farm-to-table-saw jokes.

Opening its doors in 1979, the world-famous Laugh Factory has been recognized as the “#1 comedy club in the country” by USA Today.
From its flagship location on Sunset Boulevard in Hollywood, the Laugh Factory has sparked laughter from millions of people across the globe. It’s where LA natives and tourists alike can go for a guaranteed smile, and it’s where comedy’s biggest stars go to feel like they’re a part of comedy history. From its comedy magazine to its historic stage, Laugh Factory has elevated the careers of countless comedians and continues to foster up-and-coming talent. Since 1979, Laugh Factory has opened additional locations in Chicago, Long Beach, San Diego, Las Vegas and Reno.