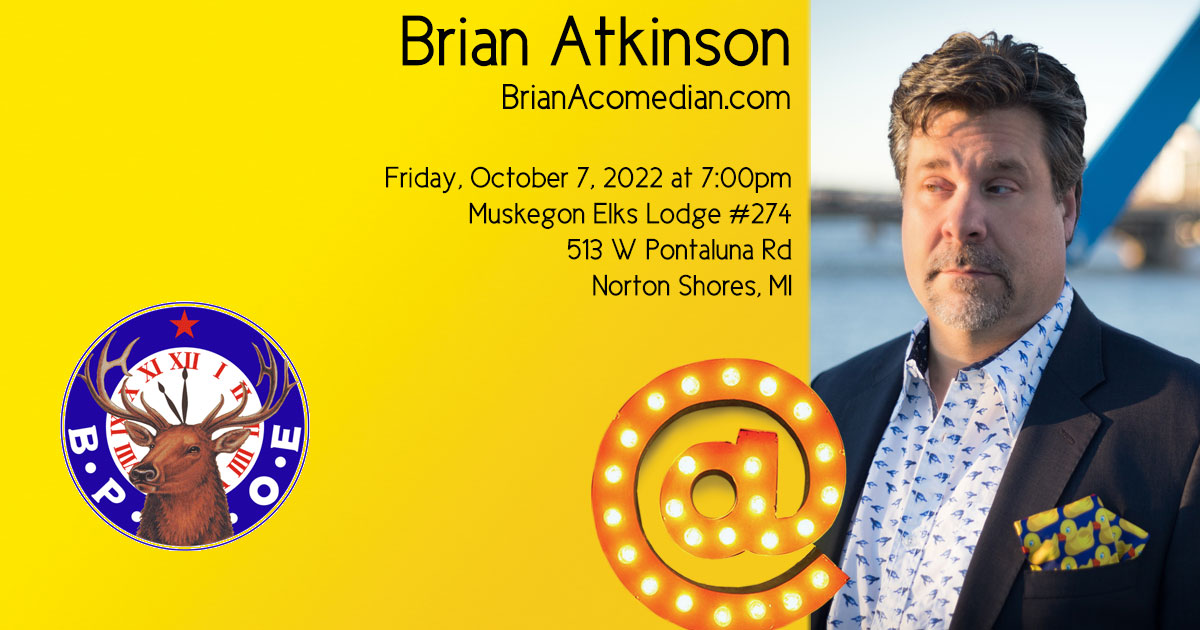 Brian Atkinson is a comedian and all-around nice guy and a horrible person. His good-guy persona gives way to surprising twists to keep you laughing. While his voice might be the first thing you notice, his confidence, and engaging storytelling will keep you coming back. Brian has provided voices for PBS Kids while also appearing in a Lifetime Movie Network movie, as a serial killer, in the same studio, on the same day. Brian Atkinson makes jokes, but only the finest artisan, hand-crafted, farm-to-table-saw jokes.
Brian’s sharp and smart comedic style has been a hit at clubs, contests, corporate events, churches, fundraisers, and festivals across the country. He has a hilarious professional touch that’s a perfect fit – without being offensive. Brian never uses profanity, discusses politics, or suggestive content. Brian Atkinson’s clean comedy is so funny, you won’t even notice he’s working clean. He’s not just a nightclub comedian who tries not to swear.
Brian Atkinson Comedian

Benevolent and Protective Order of Elks
Elks Lodges bring so much more to their communities than just a building, golf course or pool. They are places where neighbors come together, families share meals, and children grow up. The Muskegon Lodge meets the third Monday of every month.
Muskegon Elks
and on Facebook 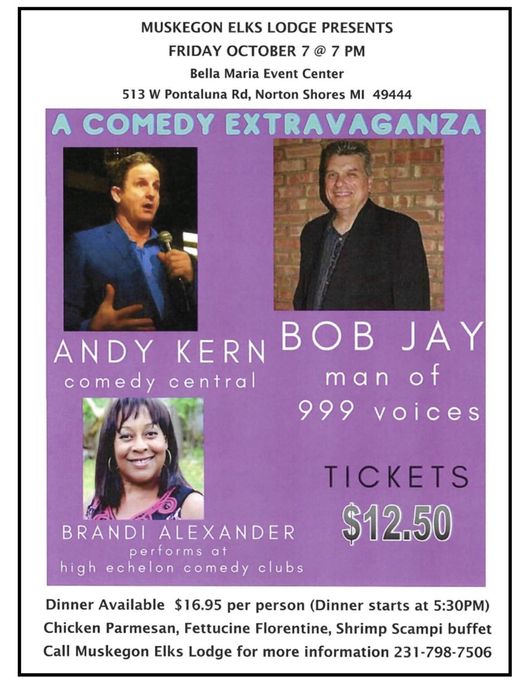