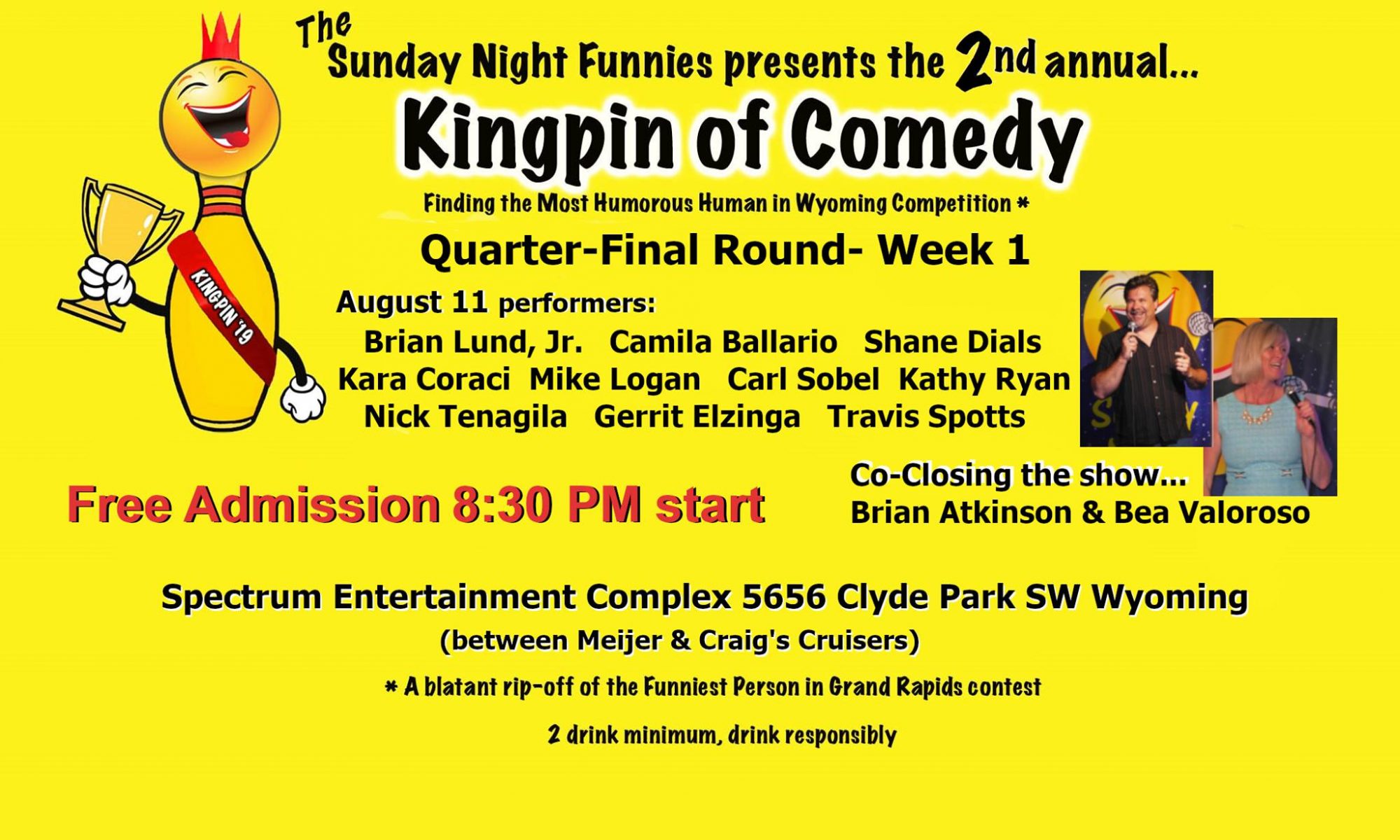 Brian Atkinson is co-closing the show with Bea Valoroso after the Sunday Night Funnies – Kingpin of Comedy Competition – Semi-Finals Round 1.

The Sunday Night Funnies is a FREE ADMISSION stand-up comedy show featuring comedians from around the Midwest – continuously operating for over 10 years. It’s a fun night of comedy with happy hour drink prices & a great menu too! Two-drink minimum.

May 19 – August 4, were the preliminary rounds of the Kingpin of Comedy Competition at Sunday Night Funnies and this is week 1 of the semi-finals. Over 100 comics will compete for a prize package of at least $500. Each week, audience members in attendance vote to determine which comedians move on to the next round. At the end of the competition this Fall, one audience member will also win $100 in Woody’s/Spectrum Lanes gift cards!

The lineup this week is absolutely killer!